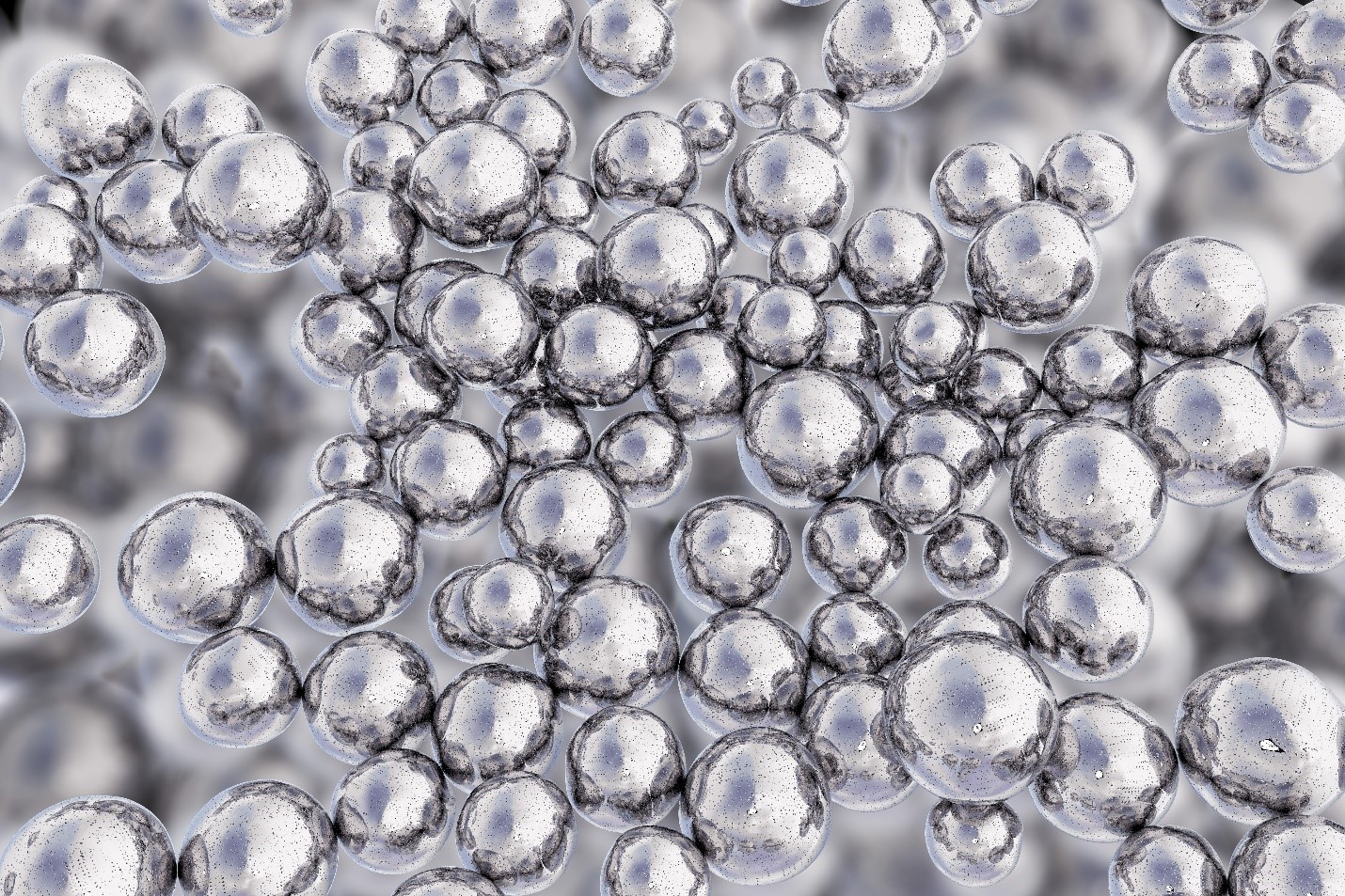 If you’ve spent any time browsing the internet for “alternative health” treatments or even just walking the aisles at your local health food store chances are pretty good you’ve come across bottles of colloidal silver. Maybe you’ve even used it personally or know someone who has.

You’ve probably even started to notice it’s being added to all kinds of consumer products – household cleaners, sprays and even socks. And if you’re like me, the seemingly sudden and widespread use of any compound makes you a little wary and curious about what the research on this product is actually saying. You probably have some critical questions about colloidal silver, and rightfully so. Well this article serves to save you some valuable time and energy and answer all those questions for you.

Without further ado, let’s dive right in to the first question on everyone’s mind: what exactly is colloidal silver?

A colloid is nothing more than a fancy chemistry term referring to a type of mixture with particle sizes ranging between 1-1,000 nanometers (nm). The particles are evenly distributed throughout the medium, such as water. Another important aspect of colloids is that the substances remain dispersed in the medium and do not settle to the bottom of the container, or that they do so very, very slowly. Most colloidal silver products have particle sizes under 100nm, which qualifies them as “nanoparticles”.

So, colloidal silver is nothing more than silver nanoparticles dispersed in another medium, typically water. It also goes by name such as, “bioactive silver hydrosols” or “silver nano-particles” or “silver sol” or “silver solution” or “nano silver”. From this point on, we will refer to it and its other names interchangeably to mean, silver particles suspended in purified water.

Many people consider colloidal silver to be an antiquated remedy, and indeed, the use of silver for health-related purposes spans many thousands of years. The first recorded use of silver particles as a therapeutic spans all the way back to 1500 B.C. in the Chinese Han Dynasty(1) when it was used as a germicide. In the early 20th century use of colloidal silver products was at its peak use for infections of the eyes & ears, for ulcers, ringworm, sprue, dysentery and general “intestinal troubles” like the stomach flu (2). As antibiotics gained in popularity in the mid-20th century, colloidal silver lost credibility as an antimicrobial, germicide and disinfectant. But in recent years, interest in it has mounted as a possible method for addressing drug-resistant strains of bacteria (3). This has led to a wealth of research exploring the mechanism of action for colloidal it as an antimicrobial.

But how is it possible that the same silver we use in jewelry can act as an antimicrobial?

There are three mechanisms by which silver (and other metal nanoparticles) act on microbes, such as bacteria. Firstly, the silver can bind to the outer cell layer of a bacteria and cause a reaction which punctures a hole in the bacterial cell membrane. Secondly, silver can enter the bacterial cell itself and disrupt physiological processes essential for life, such as making energy, and cause a lot of damage by generating reactive oxygen species (ROS). Thirdly, silver can disrupt DNA and the DNA replication cycle from inside the cell (1). Any of these mechanisms can prove fatal to a pathogenic bacterium and explains why colloidal silver has historically been used to fight microbes of all kinds.

Despite the fact that colloidal silver has a rich history of use, it largely fell out of favor for most of the 20th century with the advent of antibiotics. In the last decade however, there has been a resurgence of interest in colloidal silver and research is now starting to reflect traditional wisdom.

To date, there are many hundreds of studies on reputable sites like PubMed and GreenMedInfo testing the therapeutic potential of colloidal silver. The studies are performed both in vitro or in vivo. There are, unfortunately, few studies on human beings. The lack of human studies could be due to the fact that colloidal silver is a natural remedy and medicine that cannot be patented so there is little money to be made off of it.

The following categories are the most commonly published health benefits of silver nanoparticles.

As mentioned earlier, colloidal silver has been most extensively studied for its antimicrobial activity. Silver nanoparticles have been shown to be effective against many Gram-positive and Gram-negative bacteria including E.  coli and S. aureus (3). This is because silver nanoparticles are able to create holes in microbial cell walls leaving them permeable and defenseless. Once inside the cell, nanoparticles are able to generate reactive oxygen species (ROS), metal ions and hydrogen peroxide, which alter microbial DNA and impede its ability to metabolize nutrients (5). This spells bad news for the bacteria, viruses and fungi alike! Because of this broad-spectrum antimicrobial activity colloidal silver is said to have an “oligodynamic activity” against microorganisms (6).

Aside from colloidal silver’s ability to directly impact pathogenic bacteria, it also improves the strength of the host’s immune system. In one study of subjects with chronic rhinosinusitis, patients who were treated with colloidal silver had improvements in symptoms and endoscopic examination similar to those treated with antibiotics despite the fact that colloidal silver did not kill as many bacteria as in the antibiotic-treated group. So why would the colloidal silver subjects improve despite the fact that bacteria were still present? The study authors proposed that colloidal silver works at a root cause level to support the immune system by inhibiting inflammatory matrix metalloproteinases (MMPS) and metallothionein (MT) which promotes resistance to immune mediated apoptosis (controlled cell death). Colloidal silver also induces inflammatory cell apoptosis. All of this points to colloidal silver as capable of improving the host immune response (4) which may account for the subject’s improved symptoms in the presence of persisting bacteria.

One of the devastating effects of chronic uncontrolled asthma is consistent inflammation leading to lung cell damage and subsequent remodeling of the airways. The remodeling can compromise the integrity of airway cells and lead to exaggerated airway narrowing(18). A study performed on mice sensitized to inhaled irritants which induced an allergic asthma response were found to have a lessened allergic asthmatic response after treatment with colloidal silver. The mice that were given the silver preparation experienced decreased hypersecretion of mucus and decreased inflammatory cell counts such as eosinophils and macrophages (5). This suggests that colloidal silver may play a role in preventing and treating the damage and airway remodeling known to occur with chronic allergic asthma.

In addition to strong antimicrobial effects, colloidal silver is also being studied as an anticancer agent. An in vitro study showed it to be have a dose-dependent cytotoxic effect on MCF-7 breast cancer cells with a median lethal dose of 3.5ng/mL and 100% lethality at 14ng/mL. Interestingly, the silver nanoparticles induced cancer cell apoptosis and increased superoxide dismutase, but did not affect healthy immune cells (9). Other studies are looking into biofunctionalized silver nanoparticles with promising results – that is, silver nanoparticles attached to the bioactive compounds found in plants for a more efficient delivery system (10).

Wound dressings are a critical piece of any wound management protocol due to the potential for life-threatening infection. With the increase in diabetic ulcers, venous ulcers and burns increasing, better wound dressings are in demand. Two studies found that colloidal silver, when applied with a biocompatible membrane, were able to promote faster healing and prevent bacterial infections which translates to significant savings in health care costs(19,20).

Application and ways to use

All that research is great, but how can you apply this stuff to real life?

Based on the research above, here are several ways colloidal silver can be used in daily life.

Other industries are catching on to the potential applications of colloidal silver too. Because of its antimicrobial activity, silver nanoparticles have been used extensively in household utensils, cosmetics and textiles(6).

Risks and Side Effects

Colloidal silver, like any pharmaceutical or supplement, comes with risks that consumers should be aware of prior to purchasing. The Agency for Toxic Substance and Disease Registry (ATSDR) characterizes silver as a naturally occurring compound that can be harmful when ingested in large amounts and the EPA recommends that silver concentrations in drinking water be no more than 0.10mg per liter of water to avoid potential side effects (12).

Because the FDA does not regulate colloidal products – or any dietary supplement for that matter – consumers assume the risk of purchasing products and they can vary wildly between brands. One study found that amongst 22 products claiming to contain colloidal silver, there was a high degree of variation between the claimed versus measured silver concentration. Additionally, there can even be variation in particle size, with particles ranging from <5nm to 20-40nm (15). This is probably the reason why, in 1999, the FDA essentially washed its hands of colloidal silver, claiming that the products at the time were neither effective or safe and were generally misbranded (13).

Since silver accumulates in the skin, the most well-known side effect of excess silver consumption is a condition called argyria, a blue-grey discoloration of the skin caused by silver deposits. The discoloration can become more pronounced in sun-exposed areas, and even turn to a brown-black color (14). Argyria appears to be permanent, but is said to be only a cosmetic issue with no other long-term health risks (12,14). There appears to be minimal risk when applying colloidal silver topically to intact skin (16).

You should be aware that taking silver internally can interfere with prescriptions such as thyroid medication and some antibiotics(21).

Disclaimer: Information provided in this article is not a substitute for professional medical advice and is not intended to diagnose or treat any medical condition. 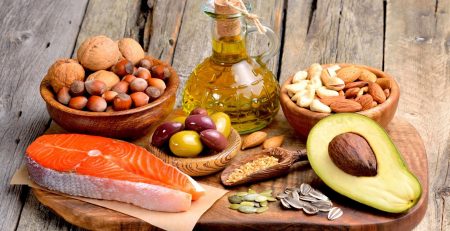 Have you been looking for an all-natural way to achieve complete, whole-body healing? The answer can be found within the... read more 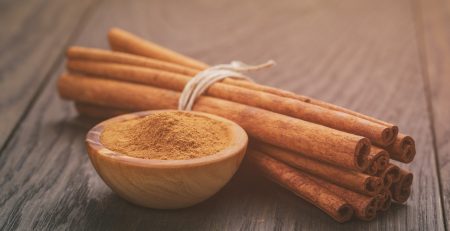 How much do you know about cinnamon? You probably know it’s used in baking a lot and it’s often... read more